Looking for an English (Scottish) voice over? 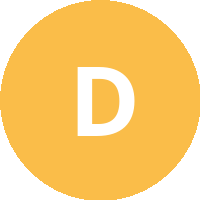 This is now possible even before booking. Read how it works

Want to book a voice over within a few easy steps? It’s possible at Voicebooking.com! We’re the first voice agency that works as a webshop. All our voice actors have their own studio which means they can deliver fast. This makes the way we work unique.

All our voice actors speak the language of the country they reside in which makes it possible for you to use our services for all your international productions. A very attractive benefit of this is that we can offer you sharp rates.

ABOUT THE SCOTTISH ENGLISH LANGUAGE

Scottish English is the local version of English. It’s the official trade language is Scotland. Scottish English has been developed from the increasing contact between the Scots and Britons in the 17th century. Because of the great distinctions between Gaelic and English, it was quite hard for the Scots to learn English. The most frequent mistakes have found their way into the Scottish version of English.

Our Scottish English voices can be booked for many different types of productions including movie trailers, corporate video, e-learnings, radio commercials, TV-commercials and voice response messages.

In Russia a Scottish English speaking voiceover is called a “шотландско-английский голос актер”, in Portugal people talk about a “ator de voz escocês-inglês” and in Poland it’s referred to as a “scottish-angielski aktor gangu”.

Here you can add or remove voice actors from one of your existing favorites lists or create a new list.