Hire a Latin-American Spanish Voice Over

US Delivers in 24 hours
Temporarily unavailable

Worked for IBM, Philips & Disney. Has a voice booth, works for fixed rates. 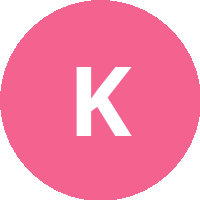 Worked for Hyundai, Telcel, Salvo, Gillette, Oral B, Centrum, Coca Cola, Nestle among others, & . Has a voice booth, price on request.

US Delivers in 48 hours
Available

Worked for Disney on Ice, Pandora & Lonely Planet. Has a voice booth, price on request.

US Delivers in 24 hours
Available

Worked for Vopak, Centers for Disease Control (US) & PBS. Has a voice booth, price on request.

US Delivers in 24 hours
Available

Worked for Ford, The Walt Disney Company & Wendy's. Has a voice booth, price on request.

Worked for Coca Cola, Maxfactor & FIFA. Has a voice booth, price on request.

Want to book a voice actor within a few easy steps? It’s possible at Voicebooking.com! We’re the first voice agency that works as a webshop. All our voice actors have their own studio which means they can deliver fast. This makes the way we work unique.

All our voice actors speak the language of the country they reside in which makes it possible for you to use our services for all your international productions. A very attractive benefit of this is that we can offer you sharp rates.

About the Latin American Spanish language

Spanish is spoken as first language in 20 countries, but that doesn’t mean that it sounds uniform. A European-Spanish speaker is hard to compare with a Latin American Spanish speaker. A Latin American Spanish speaker isn’t easily convinced to take a job which needs his European counterpart, since it’s hard for a Latino to mimic the European accent. Even though Latin America is an entire continent with several countries and accents, there’s still a common uniform way of speaking in the continent, which is spoken and understood by all countries. In addition, more local accents do exist and are hard to understand by a non-native.

Our Spanish voice actors can be booked for many different types of productions including movie trailers, video and corporate movies, E-learning, TV-commercials, radio commercials and voice response messages. And also for animated features and audio books etc.