Looking for an Irish English voice over?

You can find voice overs or voice over actors who speak English with an Irish accent, here. They have all been cast according to the Voicebooking concept: so they're quick and easy to book and deliver extremely fast. Are you looking for a British English voice over, an American English voice over or would you rather someone who speaks Neutral English? Then click on. 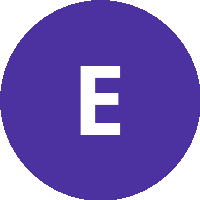 This is now possible even before booking. Read how it works

The ultimate online video trends for 2021

What are the new trends and what is soooo 2020? Here is an overview of the most important online video trends for 2021.

LOOKING FOR A VOICE ACTOR WITH A DIFFERENT ENGLISH ACCENT?

Want to book a voice actor within a few easy steps? It’s possible at Voicebooking.com! We’re the first voice agency that works as a webshop. All our voices have their own studio which means they can deliver fast. This makes the way we work unique.

All our voices speak the language of the country they reside in which makes it possible for you to use our services for all your international productions. A very attractive benefit of this is that we can offer you sharp rates.

ABOUT THE IRISH LANGUAGE

Irish is a Goidelic language of the family originating in Ireland and historically spoken by the Irish people. Irish is spoken as a first language by a small minority of Irish people, and as a second language by a rather larger group of non-native speakers. Irish enjoys constitutional status as the national and first official language of the Republic of Ireland, and is an officially recognised minority language in Northern Ireland. It is also among the official languages of the European Union. Languages that are spoken in countries surrounding Ireland are: English, Walloon and Scottish.

Our Irish voice actors have done many different productions such as TV-commercials and radio commercials. As well as animated features, audiobooks, voice response messages, E-learning, and of course movie trailers.

In Germany an Irish voice actor is called an ‘Irisch Sprachaufnahme’, in France ‘voix off Irlandaise’ and in Spain ‘Locutor Irlandés’.

Here you can add or remove voice actors from one of your existing favorites lists or create a new list.

Close
We use cookies to make your experience better. To comply with the new e-Privacy directive, we need to ask for your consent to set the cookies. Learn moreAllow cookies