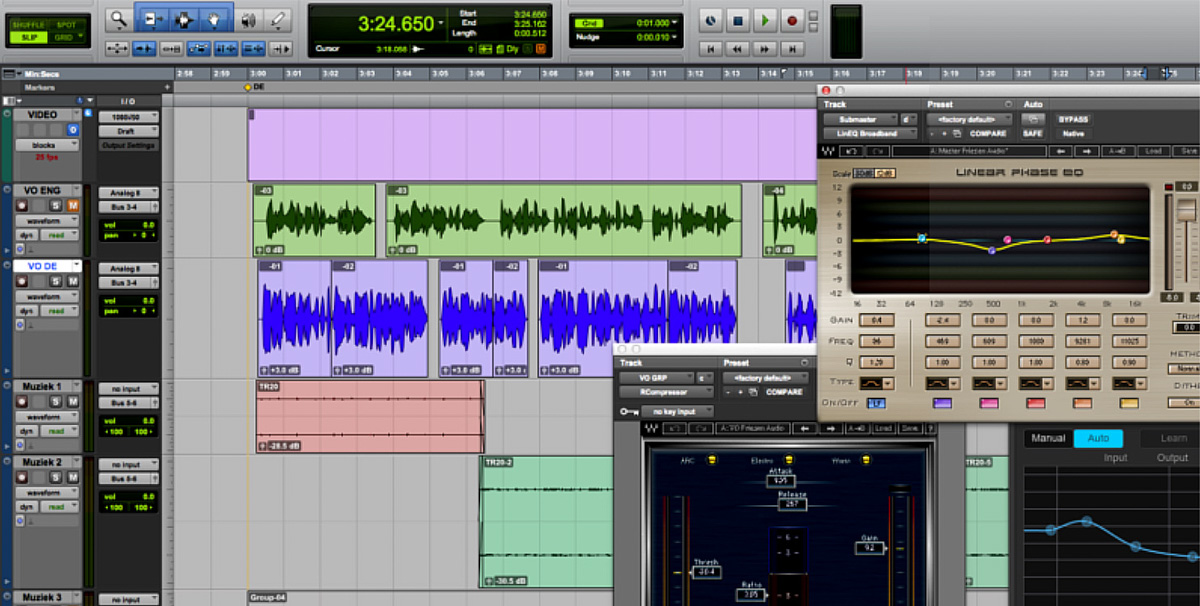 Audio post production is just a bit of cutting and sticking. A dial up here, a dial down there. And you´re all done. You can easily do that yourself… right?

That’s often how people think about it at any rate. However, as you and I well know, there’s a bit more to audio post production than that.

The Beginning
OK, imagine, you are making an animated video. We had to do this a little while back, and as a voice over studio we decided that rather than working with just 1 voice over actor we’d like to work with a whole load of ´em. Everyone recorded from their own home studio. Which immediately provided the first challenge. Every studio in the world sounds unique. Volume varies, microphones sound different and there are differences in acoustics… Meaning, one voice might stand out more than the other. Of course, you don’t want your audience to hear that.

Time for some audio post production then. A process that you can break down into 3 main steps: editing, mixing and mastering.

You have two forms of editing. Cleaning up the audio, somewhere that you generally start. Followed by editing in the music and sound effects.

Editing speech
Sometimes, I can just hear people thinking: those voice overs speak so wonderfully, and such skill, that they can record a message in just one take. If you have never been to a recording before, then you should know that the vast majority of voice overs that you hear are a combination of a number of different takes. The best takes are chosen and combined. Sometimes, the first half of a word can be from a different take than the second half of the word. Handy, if you want the intonation to be slightly different. That’s why I always ask for multiple takes if a voice over actor is working from their own studio. After choosing the right takes, I remove any distracting clicks, breaths or lip smacking sounds. Sometimes I lengthen a pause a little and other times I remove one completely.

Music
The music you cut to fit as closely as possible, that goes for both the video footage and the voice over recording. Rework a track in such a way as to still have a clear intro, middle and an outro.

When choosing music, should you be offered the option of paying more for a longer version of the track than a short one, I´d suggest that you still take the longer form. Because it will usually offer more variety within it, which makes it much easier to make the best edit.

With our explainer video, we went a couple of steps further than simply making some cuts. Though it sounds like a reasonable whole, the track was in fact cut to pieces. And afterwards stuck back together. Here and there we added extras to it, such as the drone of the trailer voice over at 0:08.

Live action
You can do a whole lot with editing, but you can’t work magic. That’s why in many live action productions the actors go to the sound studio after shooting to ´synchronise themselves´. It might be that the sound quality during shooting wasn’t good enough. Or that there was too much background noise on set at the time of taping, like gusts of wind or heavy traffic. Is it not possible to adjust the sound of the on-set recording then? Well, if you just make the dialogue louder in the audio mix, then you immediately raise the volume of the distracting background noise too. And that’s just what we wanted to avoid.

Good. So everything has been cleaned up, cut to fit and we have picked the right takes. Wherever necessary the dialogue has been rerecorded and synched with the video. We are ready for step 2: mixing. This is when we set music, extra sound effects and natural speech in balance. So, get ready to line up those equalizers, dynamic compressors, effects and the special processing, like de-essers and noise reduction features.

The voices in our explainer video were all recorded in the home studios of the voice actors themselves. So, you can hear a good deal of the DNA of each sound studio coming through. Fortunately, with a good equalizer and a healthy dose of experience an audio engineer can make two different voice recordings match really well. When combining multiple voices the most important goal is that they sound good together. You therefore have to find the ´middle´. That can mean that the best sounding voice over recording has to be somewhat downgraded.

When talking about balance, naturally we are not only referring to the volume, but also the frequencies. The mid-high frequencies in a music track can really get in the way of a voice over sometimes.
Nice, then… no worries, just dial back the mid-frequencies a little in the music track and make space for the voice over.
As a consequence you can turn the volume of the music up a bit. And in that way the mood of the music should come through more strongly. In a good mix you will hear everything, whether you are listening via the speaker on your iPhone, on headphones or in the cinema.

And still more important: in a good mix you can decide the focus of the listener. If the voice over says something, and you hear the music and you also hear 5 sound effects all at the same time, then you may as well guess what´s going on. Chaos. But if you edit the voice over so that there’s a little pause, then you create a space where you can make the sound effects a little louder. And perhaps in contrast the music a little softer. In this way the brain has all the space it needs to process the different sound effects. If they then emphasise exactly what´s on screen, you know for sure that the viewer can take in the whole moment. So you can see how the audio mix can be used as a marketing tool, with which you let the viewer hear and see what you want them to. Sounds good, right?

Of course, in our explainer we also used the ´steering the focus´ trick, around 0:54 seconds. Here the music dips a little. The music in fact stops entirely, which allows the voice over to really jump out. After that you hear the ´boxing bell´. Ding ding ding! And then the music comes back strong. This makes the effect of the three little microphones surprise bigger, and creates contrast. Contrast in the audio makes a video generally more interesting to watch.

Finished? Almost. The last step in the process is the mastering. In the mastering you make sure that the whole, what is also known as the stereo mix, sounds even better. We give the sound an extra upgrade. Naturally, we do that sound wise, but it also needs to work technically.
With online video most of the time it will be played on a smartphone or a laptop. What you really want to avoid is that the viewer needs to go looking for the volume button in the first few seconds, because the video hasn´t been leveled and is therefore too quiet. It’s important then that you mix everything at around 3 db and, even if you´re working with professional speakers, that you also listen to it on a smartphone, or better yet the crappy little speaker on the worst PC that you have to hand.
If you want it all super-pro, then have a think about this: you have just nodded off and are happily dozing on the sofa in front of your favourite TV show, when you nearly get a heart attack from the ad block… That’s why the ‘EBU R128’ norm was established. It means that all commercials and TV programmes sound equally loud. For audio post production that does mean that your audio needs to meet strict guidelines.

Yeah, that’s all nice, Gijs. But what do you think is the most important thing about audio post production?
That you can really strengthen the quality of a production. By steering the focus of the viewer. Or by editing the music to create ‘chapters’ within the video. If an explainer video first sketches out a problem, and then follows it with the solution, then you could edit the music in such a way that the first part is softer, and in the second part you create an audible change of atmosphere, as the solution comes into view. With audio you can give clear impulses to the video. I think that’s really cool. And, I believe, that with the right audio design you give a video that last boost which really brings it to life.

Questions? Let us know in the comments! 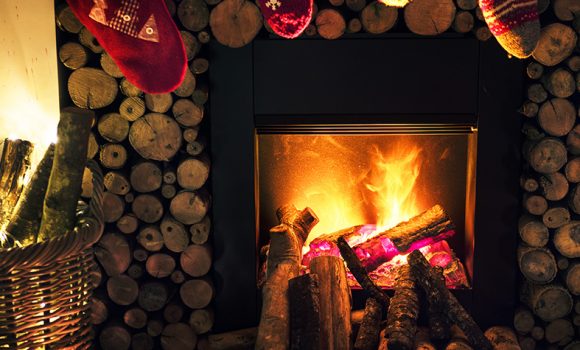